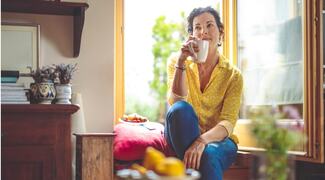 When it comes to fighting clutter, it pays to know your enemy.  Find your personality type--and try custom clutter-busting tips--to tackle the mess in your organized home.

It's silent. It's sneaky. It creeps about in corners: clutter! When the state of the house aggravates you to your last nerve, it's tempting to launch an all-out battle in the war against clutter.

First, though, know your enemy!

There are as many reasons for household clutter as there are clutterers. As Pogo says, "We have seen the enemy, and he is us!"

Take aim on your household's clutter problem by going to the root of the problem: your own thinking.

What's your clutter personality ... and which of these internal voices strikes a chord?

Hoarding is rooted in insecurity, financial or otherwise. Deep down, Hoarders fear that they'll never have the resources they need if they let go of any possession, no matter how worn, useless or superfluous.

Hoarders need to be remind themselves that resources will always be available. Where can a Hoarder look outside the home for a substitute Hoard?

Reassure yourself! Stuff will be with us always. Look around, you'll find that magazines are indexed at the library, kitchenware is marked down at yard sales, and every small appliance known to man can be found (cheap!) at the thrift store.

Think of these off-site treasure troves as attenuated household storage areas ... and dare to dump it!

The Deferrer: "I'll think about that tomorrow!"

Those of the deferral mindset are guilty of the great set-aside. Bills, notices, old newspapers, items that need cleaning or repair, and household projects are all set aside to be dealt with another day.

The Deferrer will leave dinner dishes in the sink, wet laundry in the washer, and dropped fruit underneath the backyard apple tree.

Deferrers need to be reminded that tomorrow has no more time or energy than today--and that putting off decisions drags down each new day with yesterday's unfinished business.

Since this behavior is grounded in procrastination, apply the best remedy: action. For Deferrers, simply making a start creates the momentum needed to finish the job.

Remember, it's easier to keep a rolling stone in motion, than it is to pick it up and start it rolling the first time!

Somehow, it's all Mom's fault. Rebels were forced to pick up after themselves as children; as adults, they're still expressing the mute and stubborn determination of a four-year-old who refuses to pick up his toys.

Rebel clutter can be anything, but often centers on household activities. No, the Rebel won't put his or her clothes in the hamper, cereal bowl in the dishwasher, or car in the garage--even when the clothing gets wrinkled, the cereal bowl hardens into yellow goop, and the car gets damaged by roadside traffic.

Rebels need to remind themselves that the war is over. They don't live with Mom anymore--and their own family deserves an adult on the job, not a sulky child.

Tell that inner Rebel, "It's okay--I'm the parent now, and I want a house that's nice to live in. By switching places with the old authority figure, the Rebel can find a way out of "I don't wanna!"

Perfectionists are wonderful people, but they live in an all-or-nothing world. They do wonderful things--when they do them!  Perfectionism forms an inner barrier to cutting clutter because the Perfectionist can't abide doing a less-than-perfect job.  Without the time to give 110% to the project, the Perfectionist Clutterer prefers to let matters--and the piles of stuff--slide.

For example, plastic food containers may be overflowing their cabinet, but the Perfectionist Clutterer won't scrabble them to rights until he or she can purchase the perfect shelf paper, lid holder organizer, and color-coded labels. As a result, the massed and crowded containers stay put, falling down onto the feet of anyone hapless enough to open the cupboard door.

Perfectionist Clutterers need to remind themselves of the 20-80 rule: 20% of every job takes care of 80% of the problem, while fixing the remaining 20% will gobble 80% of the job.

By giving themselves permission to do only 20%, Perfectionist Clutterers get off the dime and get going.